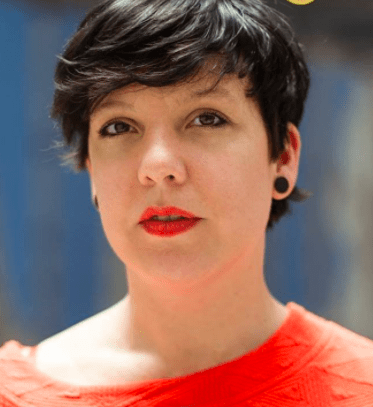 Born in Maracaibo (Venezuela) in 1972, she is the Director and Founder of Artishock. She has a degree in Social Communication, audiovisual mention, from the Andrés Bello Catholic University (Caracas, Venezuela, 1994), with free training in contemporary art (theory and practice) in schools in New York (1997-2007). In New York, she worked as a senior correspondent for the magazine Arte al Día International (2004-2007) and as a Culture correspondent for the Spanish news agency EFE (2002-2007). In Chile she was in charge of press communications for the Museum of Visual Arts (MAVI), Gabriela Mistral Gallery, Moro Gallery and the Biennial of Video and Media Arts. 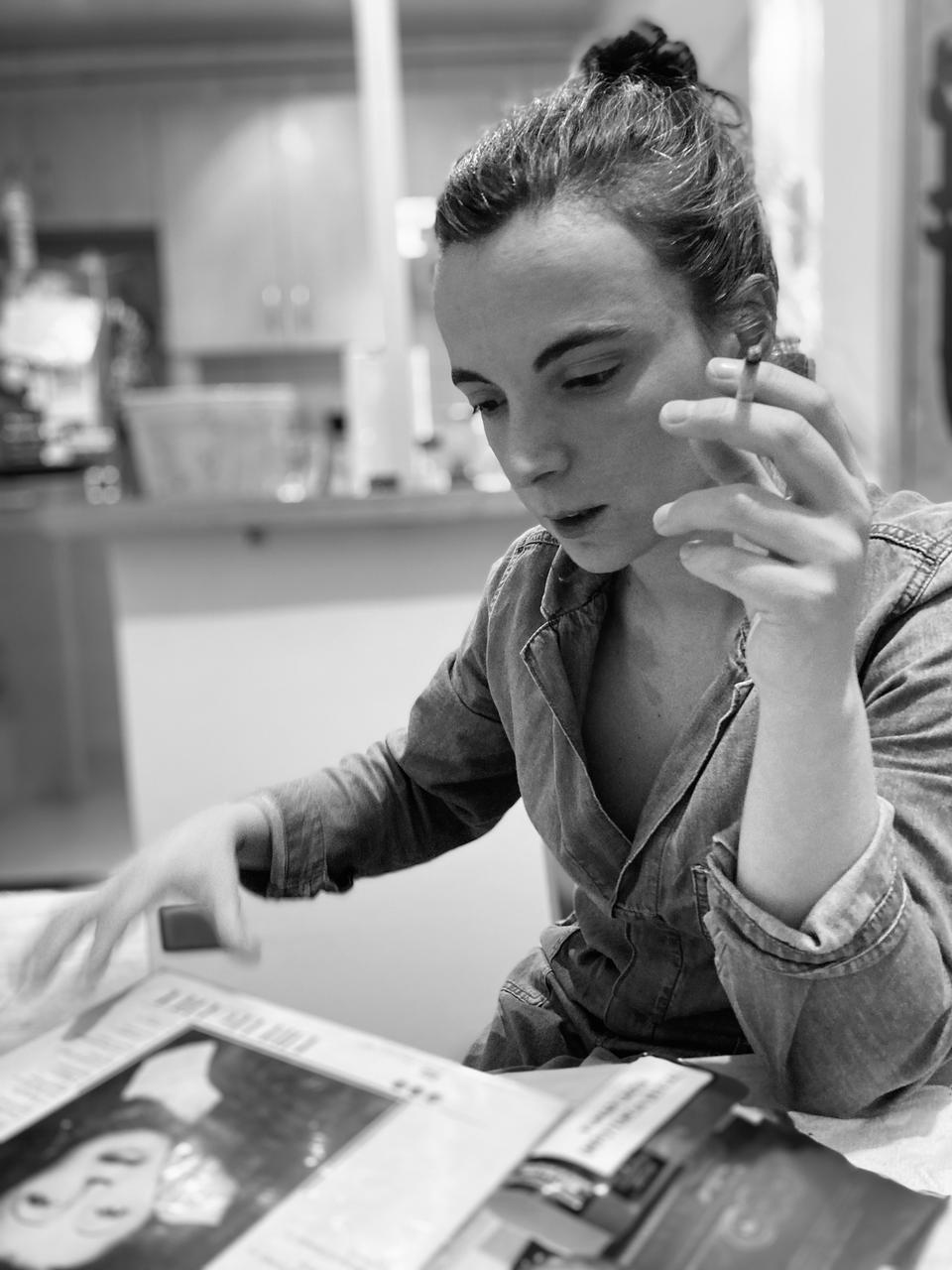 Amalia Cross (Chile, 1989) is a Chilean art historian and curator. She researches and writes about art in Chile and Latin America. Among her publications, Álvaro Guevara stands out. The cloth, the paper and the quadrilateral (Mundana, 2019), The Happening of the chickens by Carlos Leppe: documentation and expert opinion (D21 Editores, 2020), Boycott Stories (Peter C. Marzio Awards, ICAA- MFAH, 2021), among other essays. And she has been curator of the exhibitions The museum in times of revolution (MNBA, 2019) and, together with María Berríos, Alberto Cruz: The body of the architect is not that of a single man (MAVI, 2017). 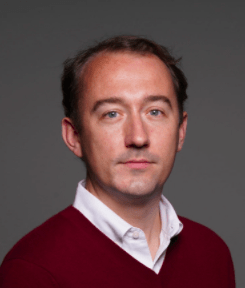 Andrew Russeth is an art critic based in Seoul, South Korea. He has been an editor at ARTnews, Surface, and The New York Observer. He was awarded the Rabkin Prize for visual arts journalism in 2019. His writing has appeared in The New York Times, W, New York, T, Architectural Digest, Paper Monument, Bijutsu Techo, Blau, Parkett, Art+Auction, October (the beer site, not the art journal), ArtReview, Atlas Obscura, Apollo, and Modern Painters, as well as in catalogs for exhibitions at museums and galleries. In 2005 he started 16 Miles of String, a blog about contemporary art and art history in New York that has been supported by the Creative Capital | Warhol Foundation Arts Writers Grant Program. In 2013, he was named Critic of the Year in the Rob Pruitt Awards. He has a B.A. in art history and political science from Columbia University and an M.S.T. in early childhood and special education from Pace University. 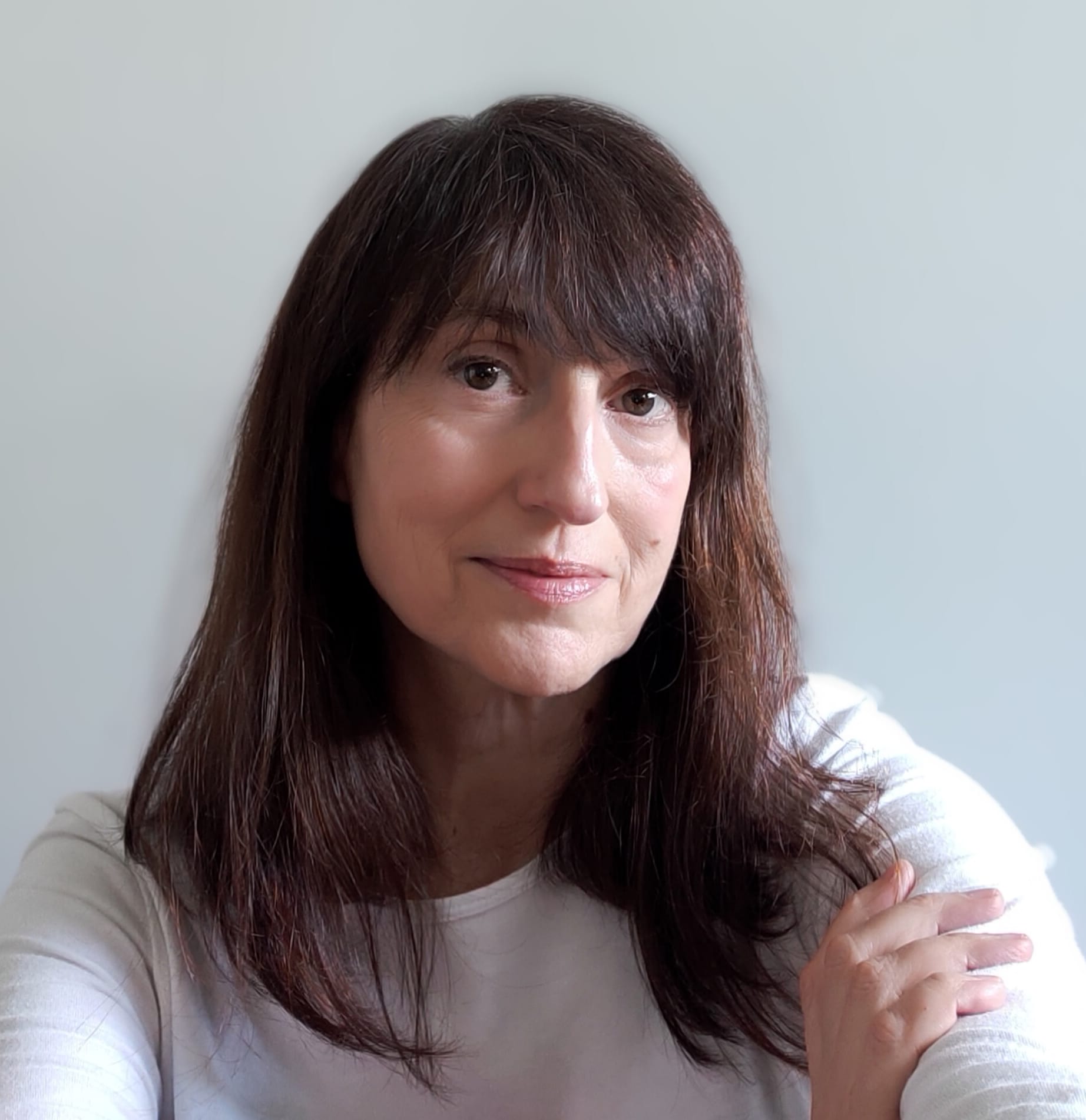 Elena Vozmediano (Madrid, 1965) has a degree in Art History from the Complutense University of Madrid. Art critic, writes regularly, since 1998, in the supplement El Cultural (newspaper El Mundo), of whose art section she has been head for some seasons, and in whose pages she has published more than 800 articles, also maintaining, on the website of the magazine, the blog Y tú que lo veas, dedicated to the analysis and criticism of cultural policies. 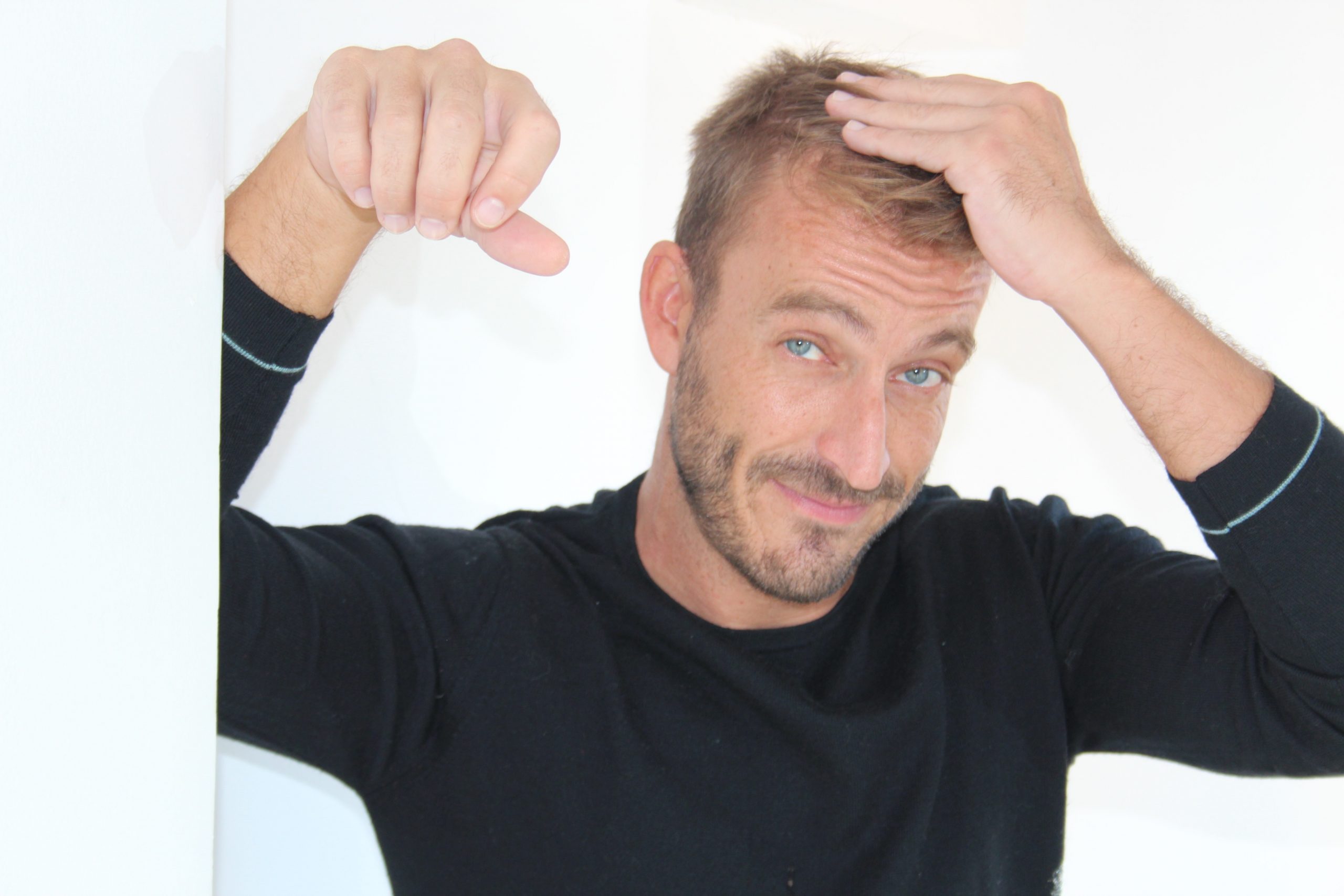 Javier Montes (Madrid, 1976) is a novelist and essayist. His work has received, among other recognitions, the Anagrama Essay Award, the Pereda International Novel Award, the Leonardo Grant from the BBVA Foundation and the inclusion in The Best Young Novelists in Spanish by Granta magazine. Among his recent books are Luz del Fuego (Anagrama, 2020), The mysterious case of the murder of modern art (Wunderkammer, 2020) and Varados en Río (Anagrama, 2016). He writes about contemporary art in Artforum, Art Agenda, Artnews, El País, ABC Cultural, Texte zur Kunst or Revista de Occidente. He has curated exhibitions, directed courses or given lectures at the Museo Reina Sofía, Museo del Prado, IVAM, CAAC or the Institute of Fine Arts at NYU. 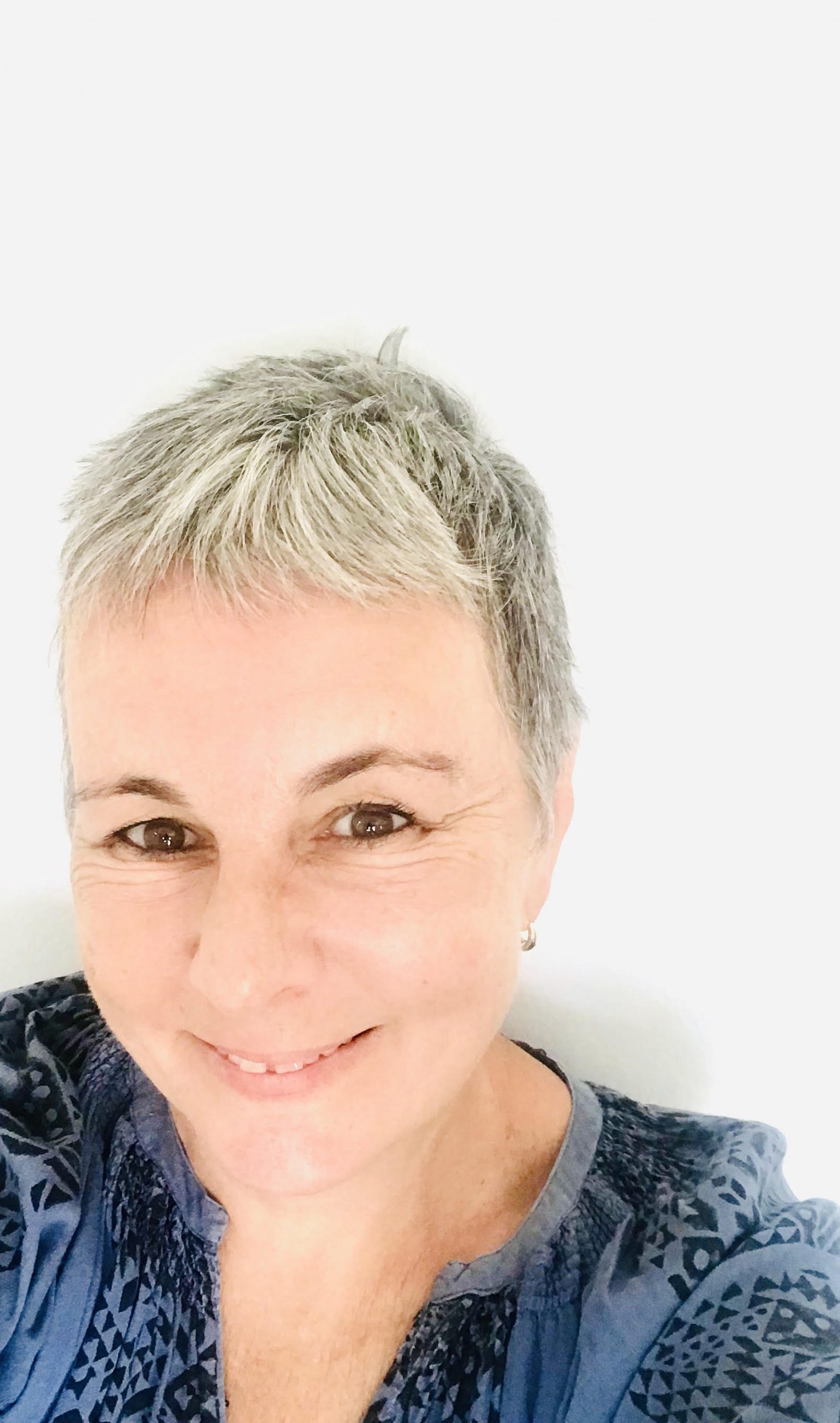 Jennifer Higgie is an Australian writer who lives in London. Previously the editor of frieze magazine, she is now editor-at-large. She is the author and illustrator of the children’s book There’s Not One; the editor of The Artist’s Joke and author of the novel Bedlam. Her new book on women’s self-portraits, The Mirror & The Palette, is published by Weidenfeld & Nicolson. She also writes screenplays. 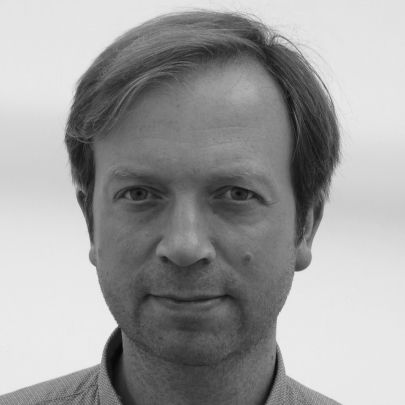 JJ Charlesworth is a writer and art critic. Since 2006 he has worked on the editorial staff of the London-based international art magazine ArtReview, where he one of the editors. JJ studied fine art at Goldsmiths College, London, in the mid-1990s, before turning his hand to criticism. Since 1999, he has written reviews, articles and commentaries for publications such as Art Monthly, Modern Painters, Time Out London, Third Text and the Daily Telegraph, and online platforms such as art-agenda, artnet.news and CNN Style. In 2016 he completed a doctoral thesis at the Royal College of Art, a study of art criticism in Britain during the 1970s. 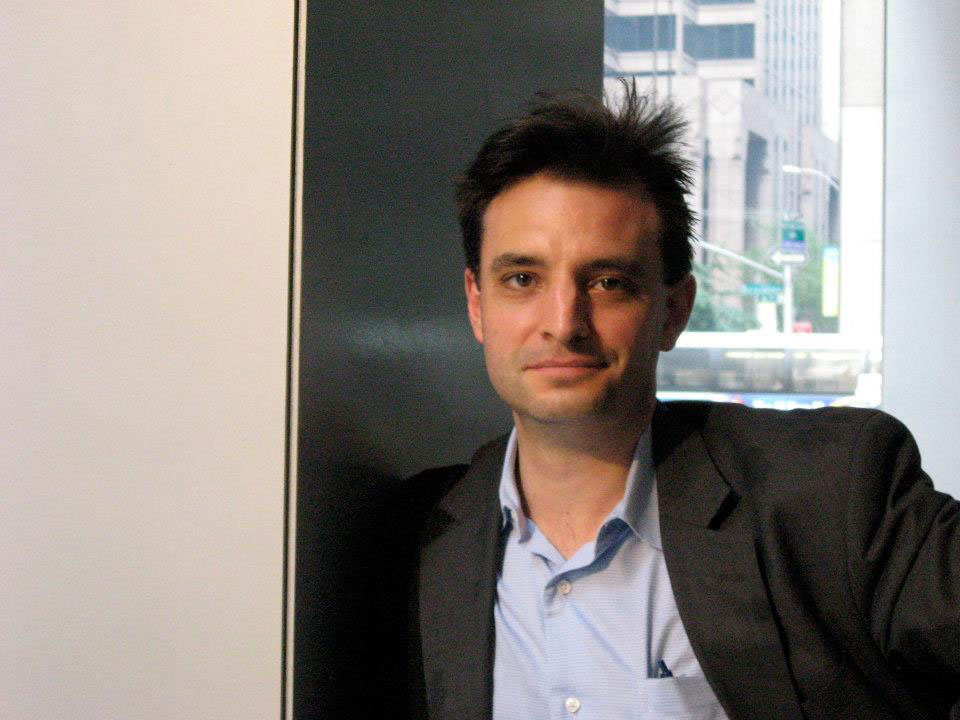 He is a New York based artist and educator. He has worked since 1991 in a variety of contemporary art museums, most recently as head of public programs at the education department of the Guggenheim Museum in New York (1998-2005). Since 2007, he is Director of Adult and Academic Programs at the Museum of Modern Art. He is the author of, among others, the following books: The Pablo Helguera Manual of Contemporary Art Style (2005, Spanish edition; 2007, English edition), Artoons 1, 2, and 3 (2009-10), and Education for Socially Engaged Art (2011). In 2021 he is launching a new publication titled Beautiful Eccentrics. 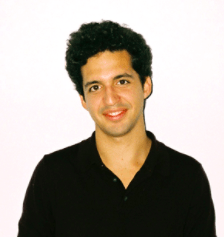 Pablo Larios was born in San Pedro Sula, Honduras and raised in the US. Trained in Comparative Literature, he currently lives in Berlin. He is senior editor of Frieze, alongside his criticism he writes fiction and plays and collaborates frequently with artists. For Berlin's New Theater, he co-authored the plays Farming in Europe (2013) and Hotel Moon (2015), and in 2015 translated the fictive celebrity interviews of Tom Kummer for an exhibition at Tanya Leighton Gallery, Berlin. In 2016 he organized the symposium The Corporate Alternative at Mumok, Vienna, with contributions by Huw Lemmey, Jesse Darling, Emily Segal, Max Pitegoff and Calla Henkel. He has also given a talk at the Staedelschule, Frankfurt. His work has appeared internationally in various publications, including Frieze d/e, Frieze.com, Sleek, and Kaleidoscope, and he has catalog essays on the works of Simon Denny and Aleksandra Domanovic. He edited the occasional publishing series If A Then B, under the aegis of which he curated the group exhibition “If A then B: Translation as a Principle of Form” (2010) at Gentili Apri in Berlin. 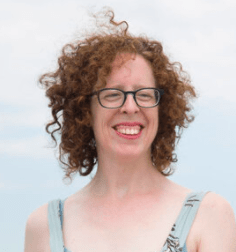 Paddy Johnson is the founder of VVrkshop, an online platform offering high-level professional training to artists through coaching and classes. With William Powhida she co-hosts Explain Me, a podcast on the intersection of art, money, and politics. She is the editor of the forthcoming book Impractical Spaces and the co-founder of the collaborative national publishing project Impractical Spaces (2017-present.) She is the founding editor of the contemporary art blog Art F City (2005-2018). Johnson was the first recipient of the Arts Writers Grant for blogging in 2008. In 2014, she was the subject of a VICE profile. Johnson has contributed to The New York Times, New York Magazine, The Economist, CNN, VICE, Gizmodo, Observer, Frieze Magazine, The Christian Science Monitor, The Art Newspaper, and Hyperallergic. She lives in New York with her partner. 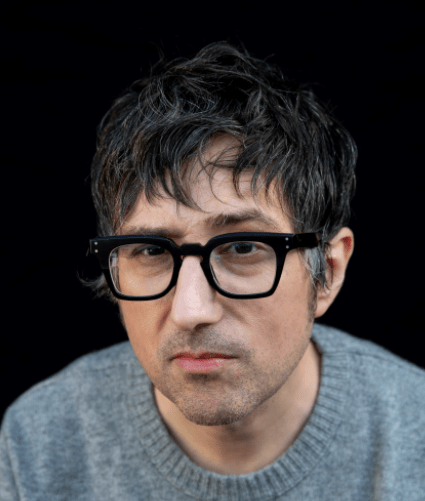 Patricio Pron is the author of six books of stories, among which are Trayéndolo todo de regreso a casa (2021), La vida interior de las plantas de interior (2013) and Lo que está y no se usa nos fulminará (2018), as well as seven novels, including El comienzo de la primavera (2008, winner of the Jaén Novel Prize and distinguished by the José Manuel Lara Foundation as one of the five best works published in Spain that year), No derrames tus lágrimas por nadie que viva en estas calles (2016) and Mañana tendremos otros nombres (2019); also the essay El libro tachado: Prácticas de la negación y del silencio en la crisis de la literatura (2014). His work has been awarded on numerous occasions (among others, with the 2004 Juan Rulfo Prize for Relato), regularly anthologized and translated into Norwegian, French, Italian, English, Dutch, German, Portuguese and Chinese. In 2010, the English magazine Granta chose him as one of the twenty-two best young writers in Spanish of the moment. More recently, he received the 2016 Cálamo Extraordinario Prize for the set of his work and the 2019 Alfaguara Novel Prize. Photo by Lisbeth Salas. 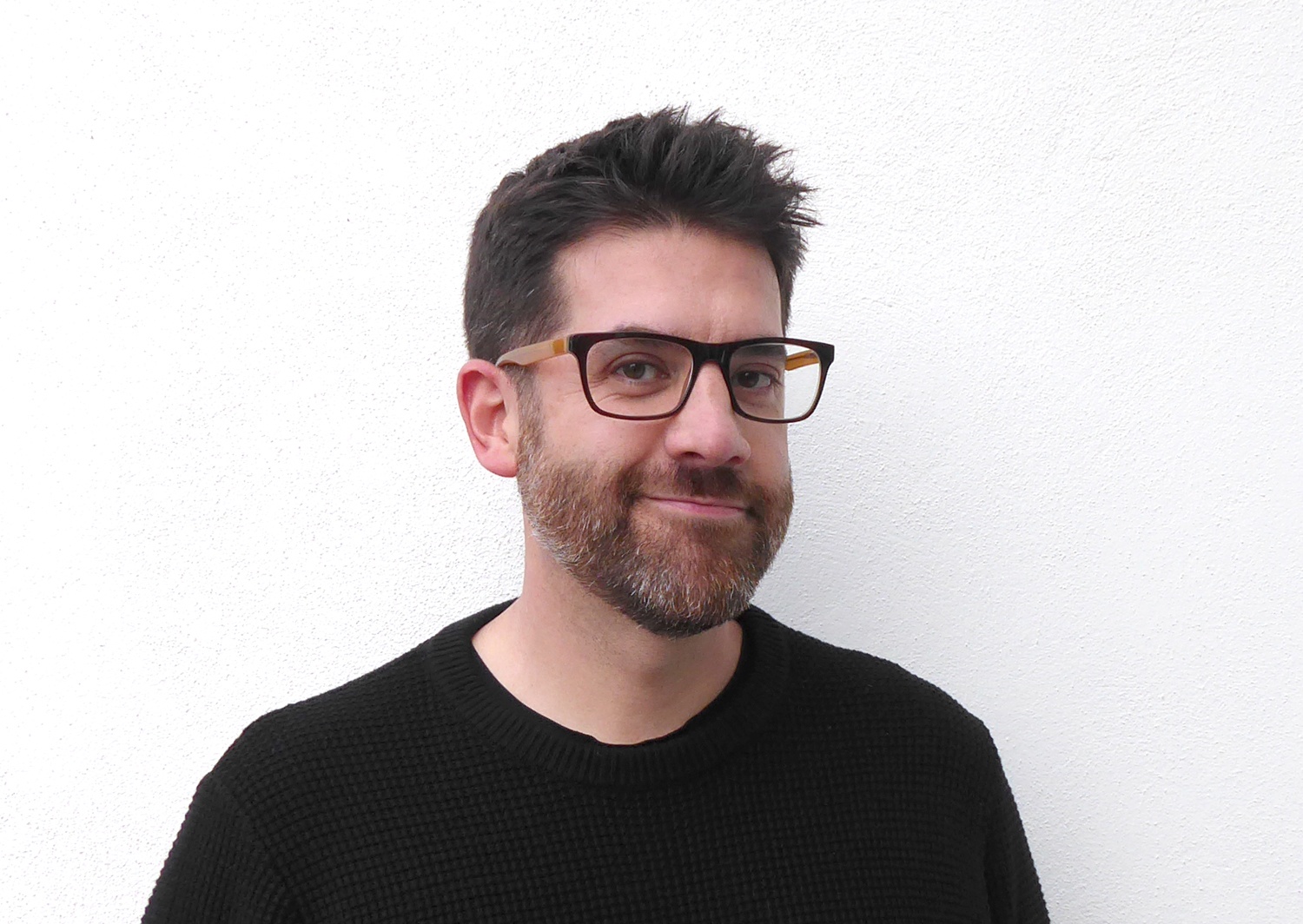 Curator, writer and researcher specialized in art and new media. Doctor in Information and Knowledge Society from the Open University of Catalonia (UOC). Collaborating professor at the UOC, as well as in curatorial courses and postgraduate courses at ESDi and NODE Center for Curatorial Studies. His work explores the different aspects of the interaction between art, technology and society, as well as the relationships between digital art and the art market. He is the author of the book on contemporary and digital art collecting You Can Be A Wealthy / Cash-Strapped Art Collector In The Digital Age (Printer Fault Press, 2020). 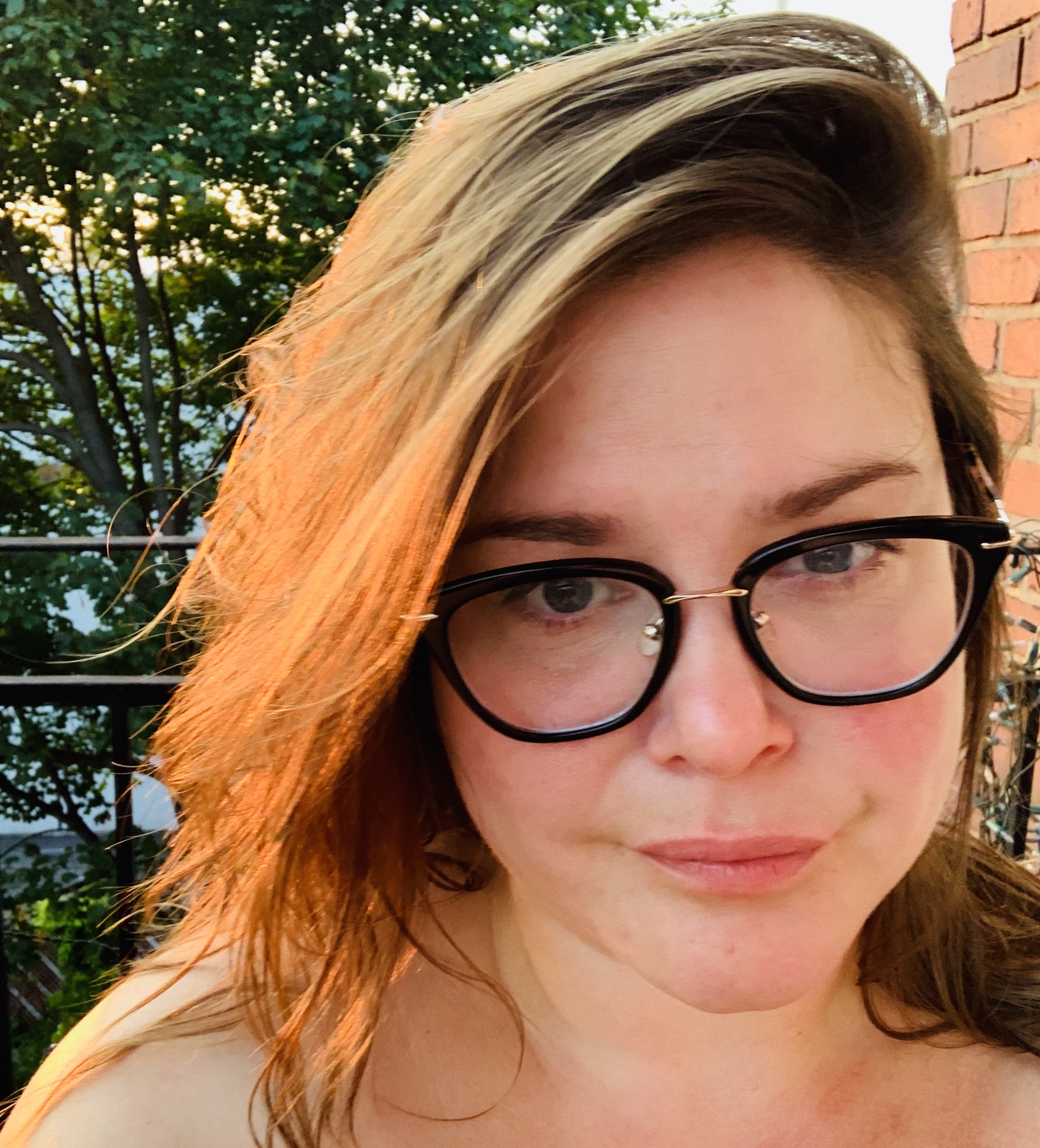 Sky Goodden is the founding Publisher and Editor of Momus, and co-producer and co-host of Momus: The Podcast, one of The New York Times top art podcasts of 2020. She has published in multiple catalogues and art books, as well as in Frieze, Art in America, Modern Painters, Canadian Art, C Magazine, The National Post, and Art21. She currently hosts the Momus Emerging Critics Residencies in collaboration with Concordia University (Montreal), OCAD University (Toronto), and the School of the Art Institute of Chicago. 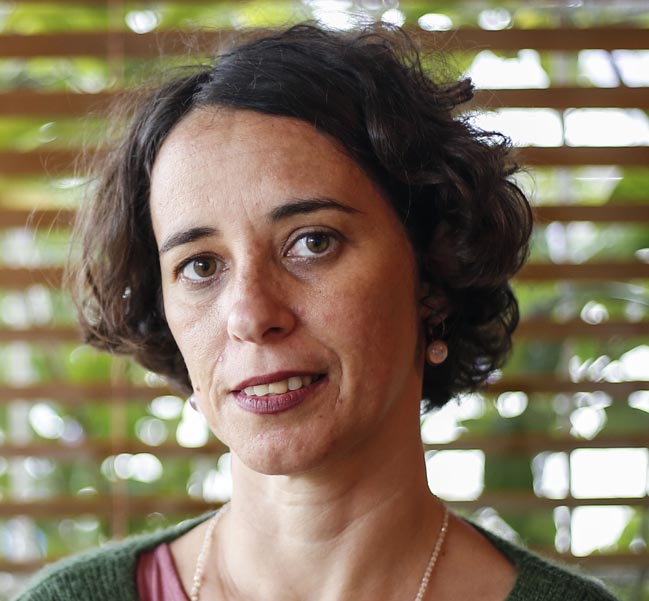 She is a Cuban independent researcher and curator. She was general curator of the X Central American Biennial, San José y Limón, Costa Rica, 2016. Between 1999 and 2009 she served as adjunct curator and editorial coordinator at TEOR / éTica, San José. She has collaborated with publications such as the Art Journal, Artefacto, Tercer Texto, ArteContexto, Atlántica, Art Nexus, and Bomb Magazine. TEOR / éTica recently published a selection of her essays in the book titled Crítica Nearby, the first volume of the series Local Writings: Critical Positions from Central America, the Caribbean and their Diasporas. 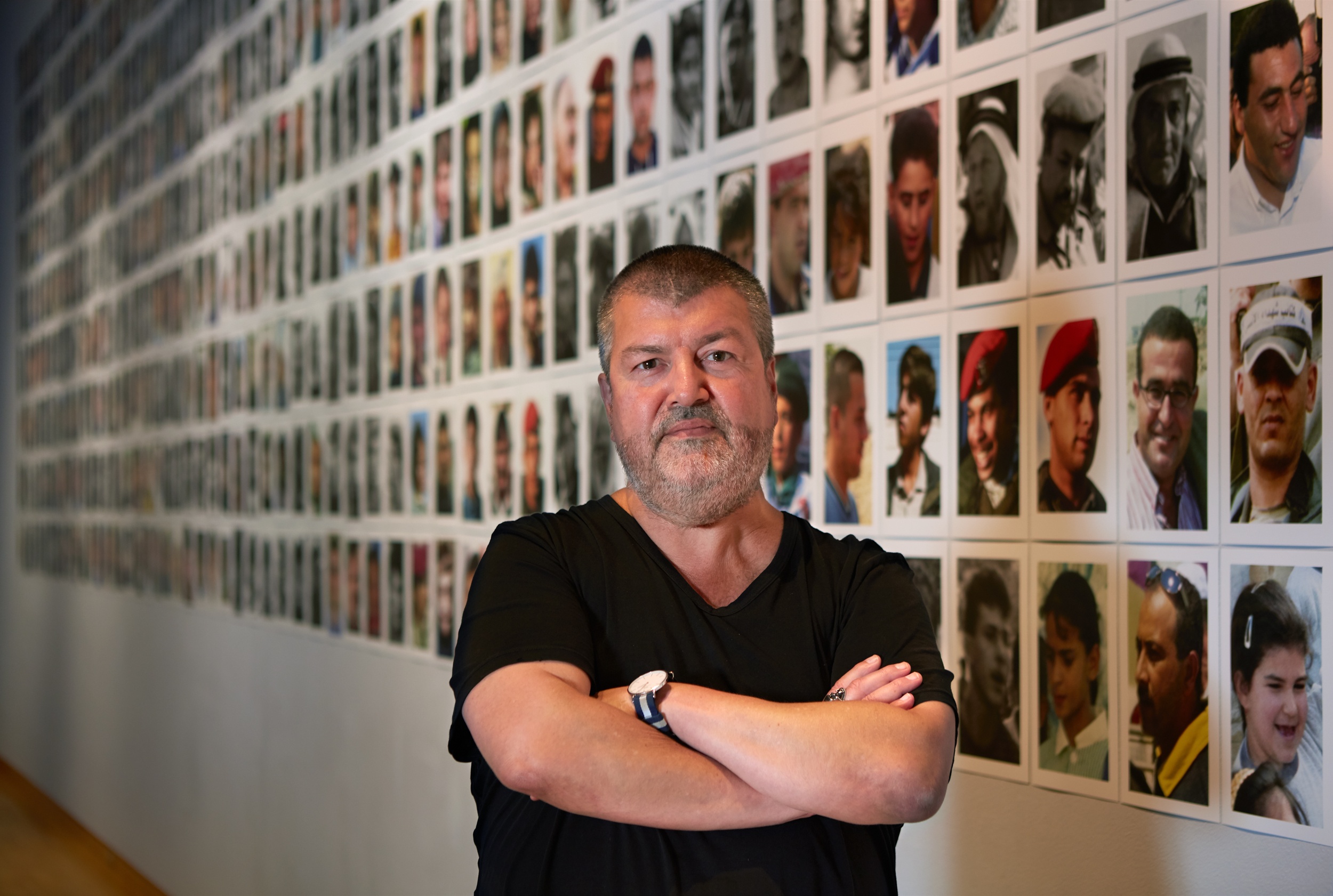 He has worked as a gallerist, art fair director, art critic and curator since 1994. He co-founded The Brooklyn Rail in 1999; between 2008 and 2016 he wrote art criticism for the Village Voice. Presently, serves as the Chief Critic for Artland and writes regularly for The Art Newspaper. Is the author of several books; his most recent, “Social Forms: A Short History of Political Art”, was published by David Zwirner Books in 2018. 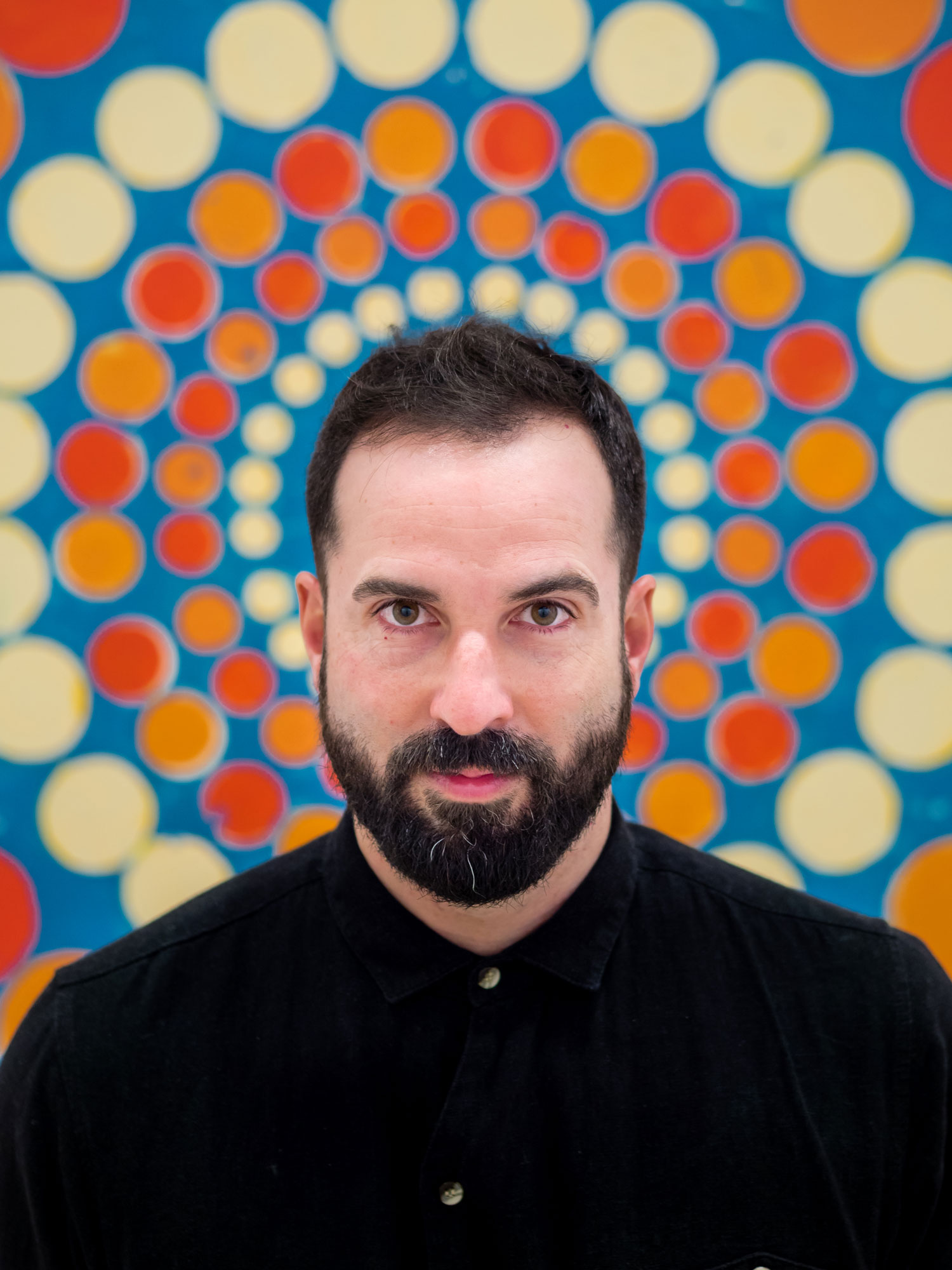 Art critic, researcher and independent curator. He is a contributor of Momus, Berlin Art Link, or ArtNexus, and on the Spanish newspaper El País. He has been contributing-editor of Momus and editor-in-chief of "Arte al Límite". He's the author of “Juicio al postjuicio. ¿Para qué sirve la crítica de arte hoy?” (2018), and “Curaduría de Latinoamérica”, vol. I and II (2018, 2020).

This website uses cookies to improve your experience while you navigate through the website. Out of these, the cookies that are categorized as necessary are stored on your browser as they are essential for the working of basic functionalities of the website. We also use third-party cookies that help us analyze and understand how you use this website. These cookies will be stored in your browser only with your consent. You also have the option to opt-out of these cookies. But opting out of some of these cookies may affect your browsing experience.
Necessary Always Enabled

Any cookies that may not be particularly necessary for the website to function and is used specifically to collect user personal data via analytics, ads, other embedded contents are termed as non-necessary cookies. It is mandatory to procure user consent prior to running these cookies on your website.